We were approached by a client wanting to buy an investment property in Chesterfield, a single dwelling with a large garden, on the market for £260k. The client was prepared to pay £280k but he only had £60k of his own money to put in. He was a contractor for a large development company but had not been involved in any builds himself, if anything this was more like a refurbishment as the house was mortgage-able day one but could have done with a spruce up.

This looked a no-brainer.
Not only could we only get him at best 80% of the purchase price (£208k) but at a yield of £650 pcm this wasn’t even a good investment buy. Then we dug a little deeper…

The client had made an arrangement with the vendor 6 months ago who was in no hurry to sell. If the vendor would wait 6 months and sell to him he would pay over the asking price but only if the vendor cooperated with him in securing planning permission for a new build with separate access in the garden. A number of neighbours rs had done something similar and ultimately the client was successful but was now struggling to secure funds to buy the property having sunk £20k into the planning process.

We suggested that he approached a solicitor about splitting the title to the land at purchase as this would save him money on tax later (by attributing the value now rather than when built), but more importantly it would allow us to put two loans into place day 1.

We got an 80% BTL lender to get their surveyor to value the house without the garden and it came out at £240k so the client could borrow £192k from them.

The bridging lender valued the land with PP at 80k and he was able to borrow once fees and interest were deducted circa £40k net day 1 then all the build costs in tranches in arrears.

This gave the client a total day 1 borrowing from both lenders of £232k which even on the inflated purchase price of £280k allowed him to complete with his £60k- just!

When the new build was complete we were able to secure him a buy to let at 80% which on the £220k gave him £176k – more than enough to pay off the £136k bridge. In fact once the legal and other costs were factored in he had about £30k left over.

The client now had two properties with £58k of equity in one and £44k of equity in the other. He had sunk £80k of his own monies in but had been left with just £50k in the project. The properties were earning him £650 +£600 pcm so a gross income of £14,700 per year. With plans to refurbish the first property at the end of the buy to let discount period and hopefully take even more cash out on an increased value he was a happy man. As was the AR.

The real earn though was in the broker fee as the client had agreed to a 1% FSA on the entire borrowing as we had effectively created the loan structure for him so at £504k total the client paid £5k.

Just short of £9k in income for a project that on first assessment had seemed impossible. Prospects of future earning on the refurbishment of the house and a client looking to use the AR for his next project as added bonuses. 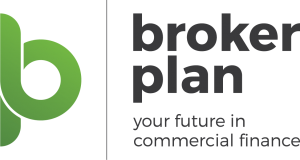